The Carbon Underground is seeking funding for a unique opportunity to draw carbon back down from the atmosphere to mitigate, and even help reverse, climate change.

Our Adopt-A-Meter program will introduce the first program that allows the public to easily and affordably engage in fighting the biggest threat facing humanity and the planet. 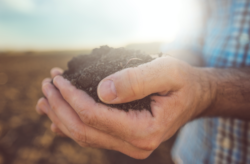 It’s based on three key data points, all critical and relevant if we are to avoid catastrophic climate change.

A) Reducing emissions will not solve climate change. According to NOAA and other climate experts, reducing emissions—even to zero—will not begin to heal the atmosphere for 300-1000 years. This is due to the carbon lag that delays the impact of emissions for up to 50 years, meaning the carbon emitted in the past two generations has not yet reached and/or damaged the atmosphere.

B) A strategy of drawing massive amounts of carbon back down, while moving to a carbon-neutral lifestyle, could continually relieve pressure on the atmosphere and give us more time to achieve that transition without experiencing cataclysmic changes in our climate.

C) We now know that soil, the earth’s second largest carbon sink after the oceans, has been voided of carbon by the soil-harming techniques of industrial agriculture, but that nature’s photosynthetic drawdown ability can be rekindled restoring health to our soil.

The Adopt-A-Meter program is designed to achieve that result by enabling people around the world to adopt a meter of degraded soil for as little as $5, which will then be restored and once again begin drawing carbon back down from the atmosphere. 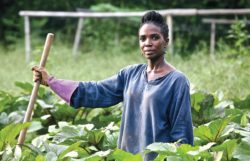 The opportunity to draw down carbon is massive, with studies showing that we can draw down anywhere from 1.5 to 20 tons of carbon, per acre, per year, by restoring soil. With twelve billion acres used around the world to produce food and the United Nations in their report Wake Up Before It’s Too Late has called it the greatest and perhaps last opportunity we have to rebalance the carbon cycle and mitigate climate change.

After more than a year in development The Carbon Underground is ready to launch pilot projects and is seeking funding to take advantage of corporate and public opportunities. These include:

Professional Sports: The Adopt-A-Meter program has been named the number one project for the Green Sports Alliance, which represents every major sports team in America. The GSA is recommending members create Adopt-A-Meter programs with their fans and in their stadiums, even developing food items for sale that include regeneratively grow ingredients that draw down carbon. The Carbon Underground will be presenting the program to 700 members at the annual gathering of the alliance in Atlanta at Mercedes Benz Stadium. We have already had initial discussions with over a dozen teams, including the New York Yankees, the Baltimore Ravens and Orioles, the Atlanta Falcons, the Los Angeles Lakers and others interested in creating pilots.

Celebrities: Using our relationships in the entertainment industry we have lined up an impressive list of celebrities and artists wanting to promote the program to their fans. We currently have artists from TV, film, and music waiting for materials to push out to their fans.

Corporate Partnerships: The Carbon Underground has already received funding from corporations to develop this program, and have firm commitments to push the program to customers, often with a matching component. These range from retailers to apparel manufacturers to major food and beverage companies, and we need to customize programs and marketing materials to move to the next step.

Non-Profit Partners: We have commitments from several significant nonprofits to push the program out to millions of members pre-disposed to support the effort. We are creating an affiliate program where groups could receive 5% of any money raised from their members. 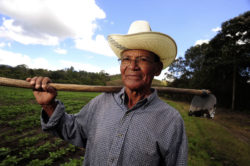 All of these opportunities are intended to leverage the fact that there are two billion people around the world highly concerned about climate change that have the ability and desire to do something about it.

We are offering them that for as little as $5.

The Carbon Underground is seeking second phase funding to enable us to develop the opportunities listed above and turn them into actual pilots projects.

To achieve that we will need to create tailored materials (ie: for a professional sports team or retailer) showing them how a program might work for them and their fans/customers. Once a partner is committed to a pilot it is expected that they will help fund future development.

We also need to broaden our technology and marketing efforts. While much of this will initially be outsourced we need to fund initial development efforts. We have already begun creative development and are seeing a tremendous reduction in fees, some to pro-bono, as people see this as a serious and exciting opportunity to participate in the effort to reverse climate change. 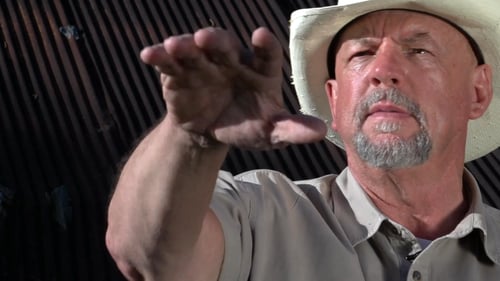 But before we launch we need to build out our platform that can take in money around the world, track it, analyze carbon drawdown opportunities and deploy resources. It will also track carbon drawdown per project and report ongoing progress online.

We also need to develop creative materials for social media, corporate partners, celebrity and sports outreach, and communications to farmers and ranchers.

We have a two year program budget of _______, (available upon request) but are presently seeking $250,000 to build the platform and get pilot partnerships off the ground in 2018. It’s important to note that this program is designed to reach self-funding capacity as it scales from pilots to large rollouts.

View or download a pdf outline of the Adopt-a-Meter initiative here.